Cinnamon Raisin Bread Recipe – All you need is 1 bowl, 6 ingredients, and 1 hour for the dough to rise. A doughy inside with sweet raisins and cinnamon, and a crunchy outer crust. So delicious and easy! 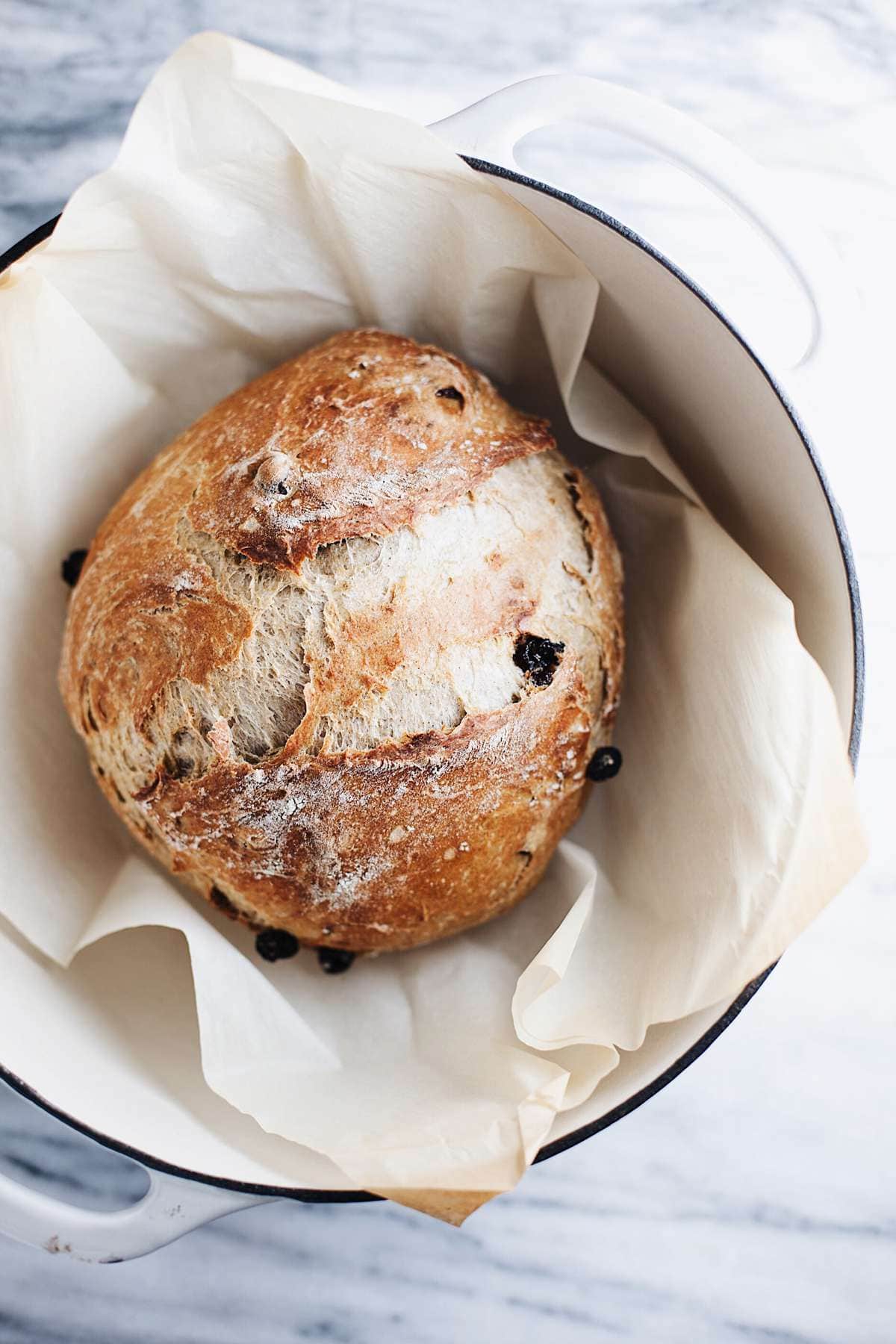 This cinnamon raisin bread recipe is so easy and contains only 6 ingredients with delicious results! You will get a crispy, crunchy crust with a doughy inside full of cinnamon raisin flavor. The dough takes one hour to rise and just 30 minutes to bake in the oven!

Why Use a Dutch Oven?

A dutch oven has the ability to get so hot that it’s almost as if you are baking in an oven within an oven. It also doesn’t allow any steam to exit so the bread cooks much faster at higher heat. It’s perfect for pizzas and breads! I love my Lodge Dutch Oven and used it to make this recipe.

Cinnamon Honey Butter
Make a cinnamon honey butter to spread on your bread. 1 tsp honey, pinch of cinnamon, 3 tbsp room temperature butter – mix together in a small bowl and spread on your cinnamon raisin bread when done. Yum! 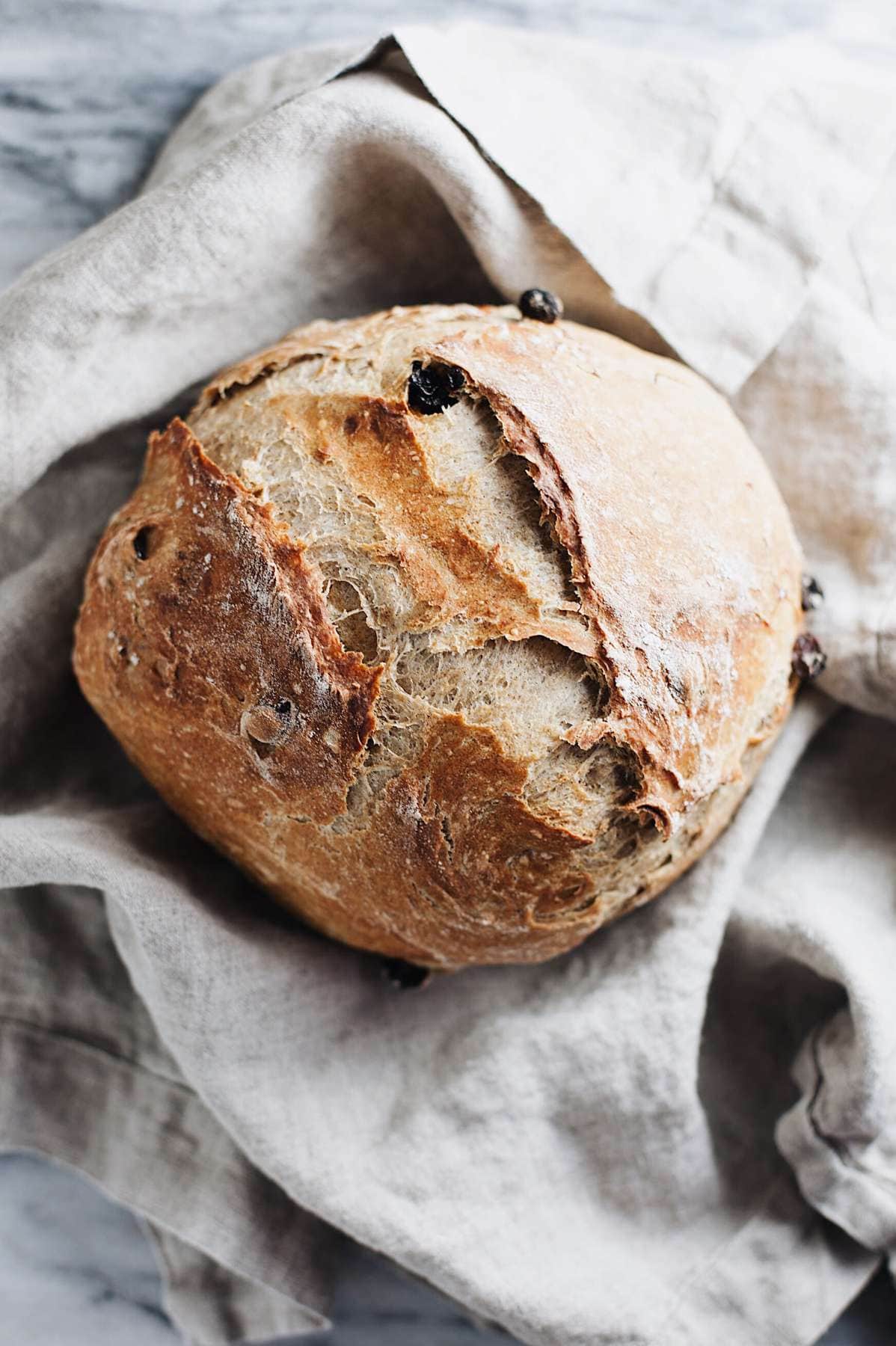 You can make this recipe in a Kitchen Aid mixer or just use a rubber spatula and bowl to stir ingredient together – both work successfully. If you enjoy this recipe – you may also like my Whole Wheat Grain Bread. Equally delicious and made with whole grains! 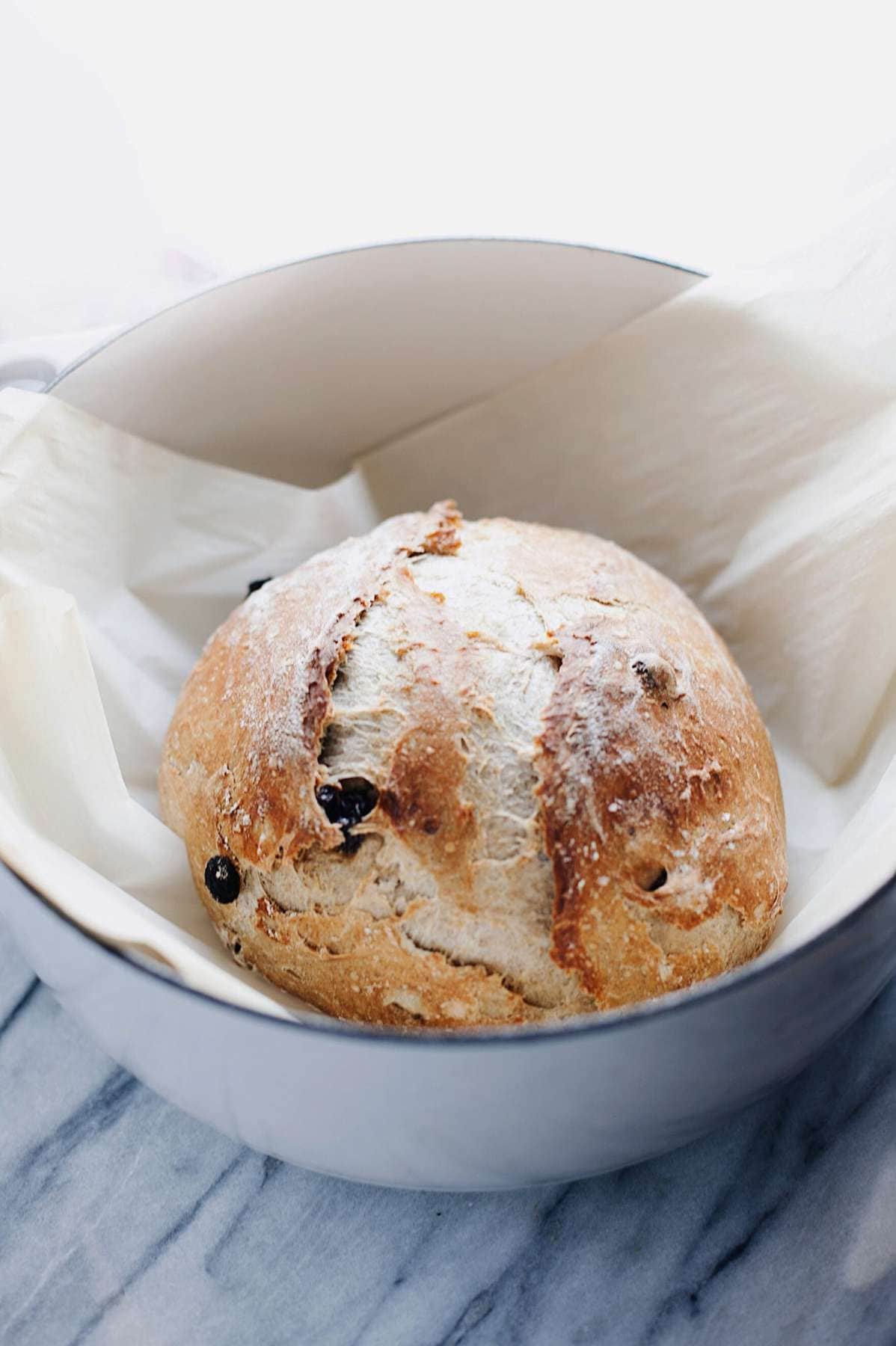 If you tried this Cinnamon Raisin Bread Recipe recipe or any other recipe, don't forget to rate the recipe and let me know what you think. I love hearing from you! You can also follow me on PINTEREST, INSTAGRAM, and FACEBOOK for more crave-worthy content.

Homemade cinnamon raisin bread. A light airy crust, and the softest doughy inside. So yummy and easy to make!

Bethany Kramer is a home cook, recipe developer, and dog mom. She found a deep love for food and nutrition after learning to cook from her mom at eight years old. Since then she’s been developing and sharing recipes from her own kitchen that are bold in flavor and nourishing to the body!
More about Bethany → 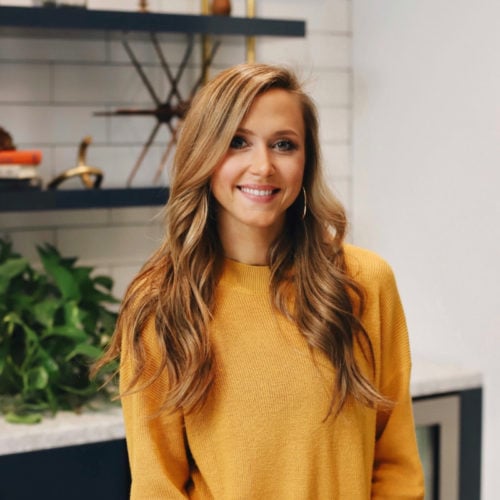 Hey hey! I’m Bethany. I’m so happy you’re here! We’re all about sharing simple and flavorful recipes that feel like indulgence without the regret. If that’s your thing, I think we’re going to be really good friends. More about me → 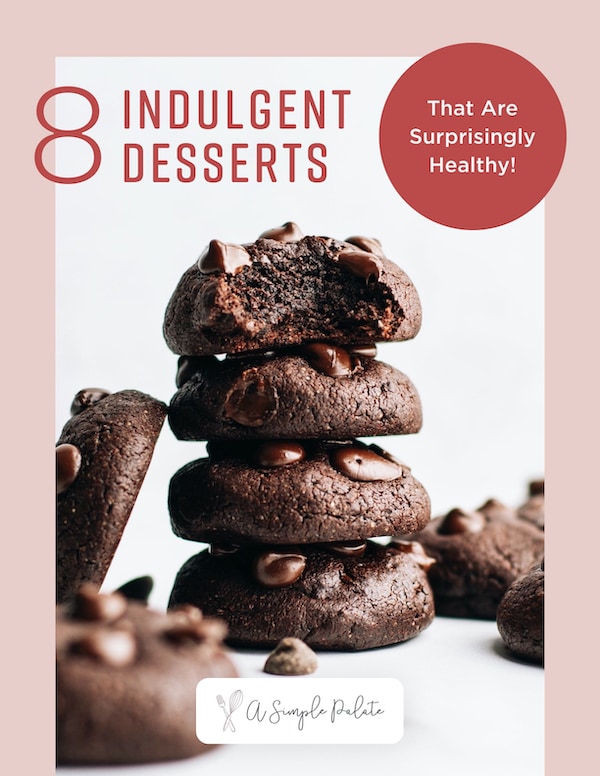 8 Indulgent Desserts That Are Surprisingly Healthy

Join my email list and get a FREE recipe eBook containing my top healthy dessert recipes that are that “something sweet” we all crave without any regret. 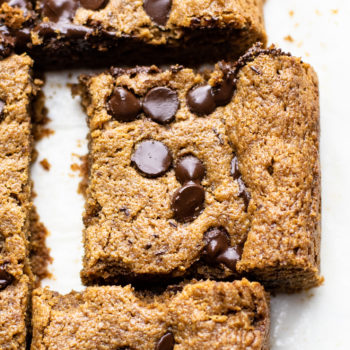 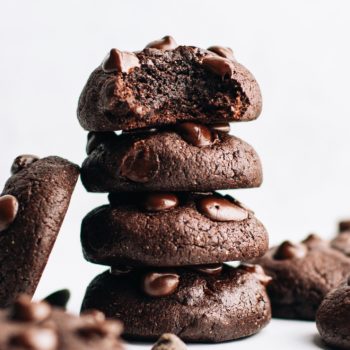 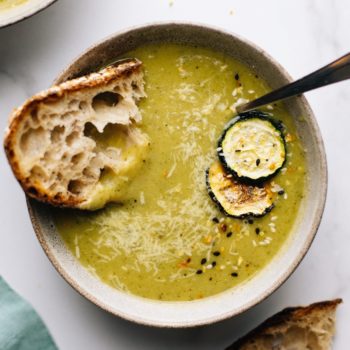